The project funded by International Treaty on Plant Genetic Resources for Food and Agriculture (ITPGRFA) aims at conserving and propagating farmers’ varieties by establishing micro enterprises in villages by involving the farmer breeders. Though these varieties are known for the location specific specialties, disease resistance and better productivity, the diffusion of the varieties are limited to certain area. Three groups of crops are selected for the propagation: food crops for food security, spice crops for economic development and indigenous vegetables for nutrition and health. The women self help groups, model farmers from all over Kerala and farmer breeders are the major partners of the project. Ambakkadan variety of cassava & indigenous yams for food security, farmer developed varieties of cardamom, pepper and nutmeg for livelihood promotion and indigenous varieties of vegetables for nutritional security are the crops selected.

A delegation comprising of Dr Hubby Mathew, Executive Director of PDS, T.J James, Project Manager, Mrs Rosamma George, Project beneficiary have participated in the side event of 4th session of the governing body at Bali, Indonesia and presented the approaches, activities and achievements of the project in the side event of the governing body of ITPGRFA. The replicable model developed by PDS for the conservation and propagation of local varieties by involving women self help groups has been widely appreciated by the experts. ITPGRFA has published a separate leaflet on the achievements of the project implemented by PDS and also covered in their website.

Tribals are one of the most affected communities of commercialization of agriculture and the resulting agricultural shift from food crops to cash crops. In Memari tribal hamlet, one among the 11 tribal hamlets in Kannampady tribal colony in Idukki district, most of the tribals used to cultivate paddy for consumption. However due to the cultivation of long duration for paddy they could get only one crop and as a result many shifted to other cultivations. PDS is one among the two NGOs in Kerala selected for implementing the Tribal Development Fund (TDF) programme of NABARD. The major objective of the project is integrated development of the tribal communities through livelihood promotion. Reviving paddy cultivation in Memari hamlet is one of the project interventions and Initially 3 families were provided with short duration paddy seedlings. First crop was harvested in three months time and another 23 families have come forward for the second cultivation. 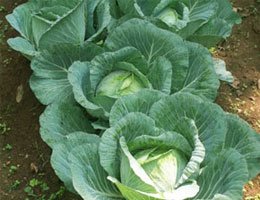 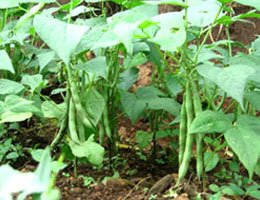