Planet Finance and PDS along with a group of 4 selected representatives from the self-help group attended the basic training on vetiver handicrafts conducted during the International Conferenceon Vetiver (ICV – 5) conducted at Lucknow, India during 28th to 30th of October 2011. Initially 20 women, who are members of two self-help groups in Murinjipuzha had been selected for pilotingthe vetiver handicrafts. The group had got afirst-hand exposure to the vetiver handicrafts. Contacts had been made with efficient international trainers of vetiver handicrafts. Through these contacts,7day training on vetiver handicraft making was organised at PDS during 12th to 18th of January 2012. 25trainees (23 women and 2 men) attended this training. 4 trainers from Thailand came down to Kerala toconduct the training. The women are practising the skills very seriously. Regular follow up meetings are being conducted in whichthe vetiver group meet, exchange ideas and take assignments for the next week. It is planned to start a vetiverhandicraft infrastructure unit once the vetiver group are ready to start producing the baskets with the requiredquality. 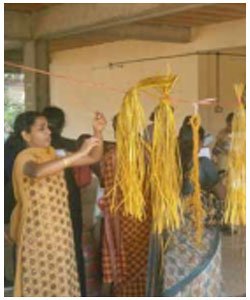 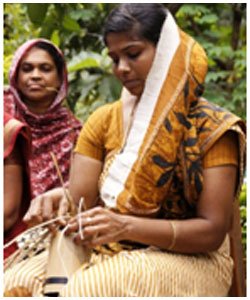 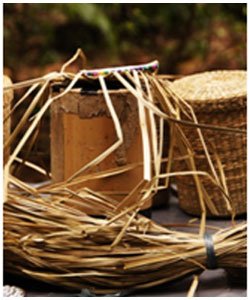 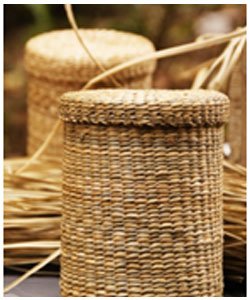 Many tribal women in the project area were engaged in collecting leaves (Chutteenthu –Phoenix loureirii) and selling outside for making brooms. Outsiders used to collect huge quantities of these leaves from these tribal women at very low price (40 paise/processed leaf). For making one broom 11 to 13 leaves are required and the broom is sold at Rs. 45.00 – 60.00 while the women received only R.s 4.40 to 5.20. As a part of the TDF project, 9 women were grouped under Girijyothi JLG and were given training in making brooms. A simple tool also (Leaf slicer) was designed by PDS to help women in processing the leaves. Other materials including broom cap, twain, nails, etc were also supplied. Initially 5000 brooms are made under the brand name of ‘Vanasree’. The brooms are sold through super markets, PDS sales outlets and SHG federations. Marketing is also done by the group and the entire profit goes to them. With the motivation from the initial success of the unit, the group has decided to produce 5000 brooms in 2013. For this they have taken a loan of Rs.49000 from the TDF project. The group is getting Rs.20/- as profit from one broom. The unit is also providing supplementary income for nine women. Now more women are showing interest to join the group. 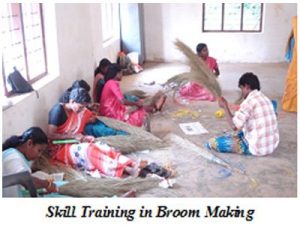 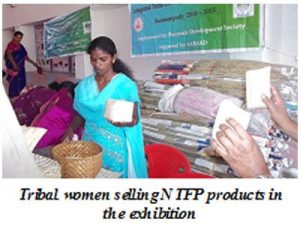